Usually, when we think about renewable energy sources, we think about consuming electricity directly from sources. but there is a major problem underline in the major renewable sources. that is the unpredictable nature of renewable. Which makes it harder to integrate them into the grid. To overcome these problems, the modern power grid uses two technique either monitor the production of electricity by renewable sources and match up the production of electricity in the other plant to full fill demand (which is quite challenging and not practical ) or use an energy storage system when electricity production is higher than demand to charge them and discharge them when production is low.

It mostly stores a fraction of user energy needs because going completely off-grid is quite expensive. Energy storage is expensive on the level of consumers. but now it’s changing.

They consist of a large energy storage facility with the integration of the grid. They charge when there is excess production of electricity and discharge when production is low. They increase grid reliability. There are many types of energy storage on a commercial level.

2.. With  inverter or without inverter

Some energy storage (battery-based) uses an inverter to convert a.c. into d.c. for charging and convert d.c. into a.c. when discharge

It consists mainly of lead (Pb) and sulphuric acid (H2SO4). Charging and discharging of lead-acid battery is a reversible reaction, but because of the laws of thermodynamics, it has an efficiency of less than 100%. So they degrade and required regular maintenance.

Also, the lead-acid battery is quite heavy. Nowadays, because of the pollution caused by them, they useless in the energy storage sector. they connect to an energy source via an inverter.

It’s a lithium nickel manganese cobalt oxide (NMC) battery.it preferred over the lead-acid battery because of its high energy density. And it’s quite reliable in the terms of storage capacity over a large period. Lithium battery technology is quite mature in comparison to the other energy storage technology also it has a production model on a commercial scale that other technology lacks. Tesla is currently leading in the commercial lithium battery sector. but the cost and fire hazards limit the application

The pumped hydropower plant is similar to a hydroelectric power plant expect that they have additional facilities to pump water up to the reservoir when additional electricity is available(low demand). and discharge water when demand is high. It has an efficiency of 70 %. It can’t be build everywhere.

Its redox flow battery type, it’s constructed by using iron (2 most abundant metal) and widely available water. they are not energy-dense as other battery but in the case of stationary battery they can be used but low cost makes them highly attractive to investors .also similar to another type of battery they don’t fade over time as they have an efficiency of 70% max and can store energy more than 4 hr . they are to environment and don’t require any special care. they can be 100% recycled at the end of life(20-25 years).

It’s a redox flow type battery .it has the highest energy density in this class of battery which attract investors in mobile battery storage(power provider to block size area)  .it has an efficiency of up to 80%.they are reliable up to many thousands of cycles Can hold charge up to it’s made by vanadium (rare earth metal) which is expensive and limit its application. currently, china(largest deposit of vanadium) is building 800 MWh battery storage using VFB.

It’s a flow battery. it has a high energy density comparable to the lead-acid battery.it can go in deep discharging cycles without affecting its charge holding capacity. On a commercial scale, they can be competitive with a lithium battery.

This type of battery also has more advantages over in comparison to lithium batteries in the case of thermal insulation.

It’s a liquid metal battery.  It has more advantages in case of cost (because using cheap material), suitable for hot climate (operate at 773K so change in temperature of the environment does not affect). Can undergo the deep cycle without affecting the battery. It has an efficiency of 80%.. One of leading solar battery storage system.

It stores energy in form of heat in a carbon block which is placed in a special container and when demand is high convert heat into electricity using a thermophotovoltaic heat engine and turbine system. They use a cheap carbon block. and also have a low carbon footprint.

Without using energy storage system integration of renewable in grid can’t possible .there are many types of energy storage is available today but except lithium-ion batteries, they all have one big common problem. That’s the entry into the energy storage market. Like any other new technology there stating manufacturing cost is astronomically high because of the scale of the economy and a new type of manufacturing technique. Which will come down as the production goes up. But it creates a type of lockout from the market.  Now some investors are giving them support and also they have started taking orders which in turn helps them to enter the energy storage market. In this market, there can be multiple winners. 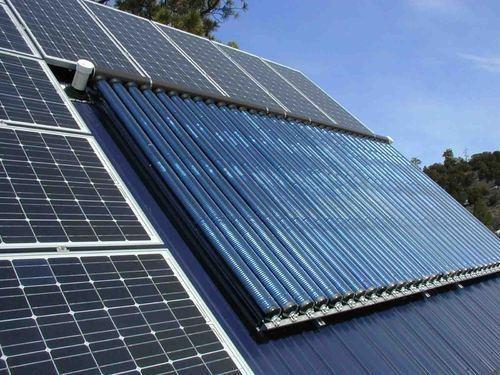